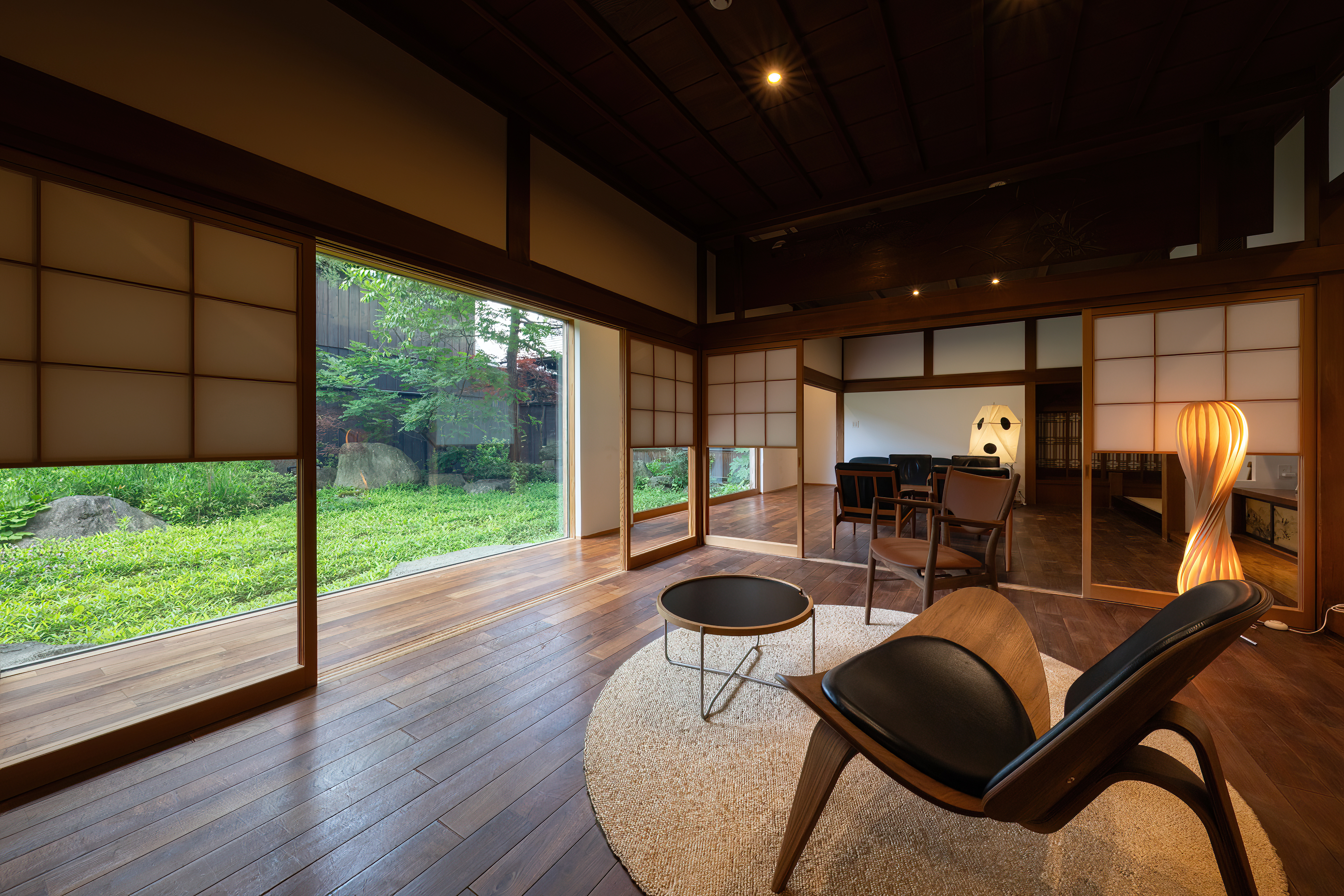 Relocated the guesthouse which was built at the end of the Taisho Era, and renovated it into a modern space.
Walking forward after opening the imposing black door, the three connected rooms and the beautiful garden embodies the modern Japanese come in to the eyes.
The ceiling that used straight-grained cedar to a large extent and the space where the elegance dwells to the details, the Shoin structure that conveys Japanese living now.
Such sophisticated space was set up with refined Scandinavian designed furniture, and it was sublimed into a refreshing atmosphere that resonates with sensibility.
A moment in the open-air bath arranged to melt in the garden is also exceptional.

It is the Takinami-style Grand Suite named ‘Good old days in Japan’.